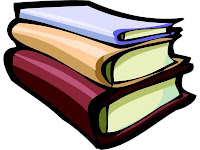 I grew up wanting to be a writer.

I had all these cool ideas of what that meant. Endless pots of coffee, maybe smoking and pacing. It certainly meant living in the Florida Keys. It meant being rich, successful, agonizingly creative. I’d probably be reclusive unless I had to meet my amazing fans at book signings. I’d certainly dress artisticly, maybe even wear tons of jewelry. I considered I might need to also have mood swings in order to be considered “great.”

For the record, I don’t live anywhere near the ocean, let alone the Keys. I wrote ten books in ten years before finally selling my first one. (Talk about the starving artist cliché. Only it isn’t a cliché!) Then, I had this picture that the publisher would want me to open the box under my bed that had all my rejected manuscripts! I’d be an overnight success. Imagine, all those books and my adoring fans! Palm trees and margaritas, look out!

Okay, so all those books were rejected a second time. (It wasn’t painful enough the first time!)

The thrill of signing with a New York agent and that first contract was amazing. The pain of subsequent rejection and iffy cover art brought me back down to earth. Factor in an unfavorable review of my debut novel from a national magazine and I was devastated.

In the amount of time I’ve been a professional writer, I’ve heard a lot of writers (okay, including myself), wondering why we continue to put in the time and the effort, especially when we get knocked off balance by a story that just won’t come together, characters who won’t behave, rejections, or an editorial request for more revisions. Even worse, a book we believe in might see mediocre sales or punishingly bad reviews.

I once heard a multi-published, New York Times bestselling author say, if you can quit, do. Another author who is also now a Times extended list bestseller has packed up her office several times over the years, given away her trusted copy of the Chicago Manual of Style, sold her computer equipment, quit, quit, quit the business.

I’ve had friends walk away for years after painful critiques, after being unable to deliver manuscripts their editors were satisfied with. Some authors I know refuse to accept multi-book contracts because of fear, of jinxing the next book, of not being able to go to the creativity well and pull out yet one more compelling storyline, for fear that next book might not be good enough.

Some writers wonder why they bother at all.

After all, it’s easier to smile through an eight hour shift and say, “Would you like fries with that?” I waited tabled for five years while I was getting my writing legs on solid ground. Waitressing was difficult, with screaming children and masses of crackers smashed into the carpeting beneath a high chair. But at times, it was easier than being a writer. At least, with a day job, I didn’t stay up all night tossing and turning as an idea remained elusive. I didn’t take a walk on the beach and hear voices in my head. I could turn off a waitressing job. I cannot turn off writing.

Maybe because no one else on planet earth has that story to tell. No one else comes up with those characters, those conflicts, that plot line.
We have almost all experienced someone developing a similar plot line or an identical title. But no one puts together the same characters, same conflict, same plot at the same time in the same way.

We have stories to tell that no one else can.

I remember being in a hospital waiting room with a book. The book took me away from the pain of waiting, of not knowing. It made the hours somewhat more bearable. And more than anything, maybe that’s why some of us continue to do it, despite the lack of benefits, uncertain income, long hours, potentially bad reviews.
Our stories can take people away. We can make them laugh, make them cry, make them care, even if only for a little while. Each story will continue to be unique because we are.

We write not only because we can, but because we have to.
Posted by Sierra at 12:31 PM

Excellent Post! Some days, if I don't write, the characters in my head badger me until I do - that isn't crazy is it? Well - maybe it is, but that's cool!

Wonderfully penned! And even with a day job I still stay up all night tossing and turning. I also have a habit of blurting out ideas to my co workers who have no idea what they mean. But alas, every night and every morning I sit down and write.

It's simle. For me writing is therapy. With a day-job at a newspaper publisher I need to have that space to escape to worlds where I can control everything. **closet dictator**

All I can say to all of you amazing writers out there is:

THANK YOU!
Thank you for sticking with it when it is hard/stressful/not as fun as it could be!

Because I get to reap the rewards, and as a non-writer? The rewards are MY way of coping with real life. I don't know what I would do if I didn't have books to escape into...so, again, THANK YOU ALL!