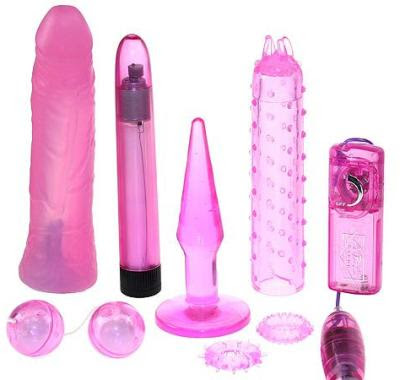 I have gotten a lot of comments about one of my more recent works, A Week in the Snow. The majority of those comments seem to focus on one particular thing: the sex toy scene.

There are actually a few scenes in the book in which sex toys take center stage, but there is one in particular that has drawn comments. It's the scene where Richard gets a little...well, let's just say he gets a little education from his sweet Rebecca.

He shook his head. No.

“Have you ever wanted to?”

The shake of his head was slower this time, but the answer was the same.

He shook his head again.

His nod was vigorous and made her smile. She was enjoying her interrogation.

“Have you ever fucked a woman in the ass?”

“Has a woman ever fucked you in the ass?”

“Have you ever wanted a woman to fuck you in the ass?”

He hesitated, and Rebecca smiled.

“What if I said I wanted to fuck you with this?” she asked.

“You would let me fuck your ass?”

“Because you can do whatever you want to do to me.”

“Does it scare you?”

I'm willing to bet you can guess what happens next!

The comments I have been getting about this scene are surprising. Several readers have said that it's unusual for a man to want to use sex toys -- that he has no problem using it on a partner, but he hesitates to use it on himself.

I suppose there could be all sorts of reasons for this, but the question that rattles around in my head is simply "Why? Don't they know what they're missing?"

So in honor of giving your partner a proper education, I challenge you to open up the toy box, pull out your favorite and give it a whirl on him. He might be completely surprised, but sometimes that's best, don't you think? A good surprise and pleasurable change in the usual can open up whole new worlds of fun.

And then write about it! Whether you put it into a book or a blog or a simple journal that you keep and look at from time to time, put all of that sexiness into words.

And if you want to share it with the rest of us, by all means, let's hear it!

Cheers,
Gwenny
Posted by Angel at 1:27 AM

Labels: A Week in the Snow, Gwen Masters, sex toys